Yes, it really does work

How effective is accent reduction - does it work? A review of the evidence 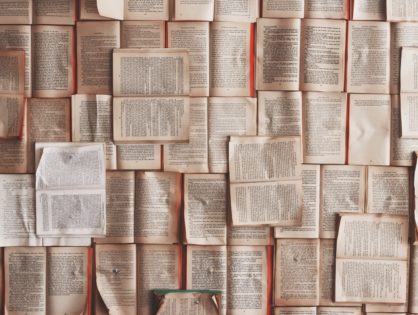 Well, just like you I am interested in finding the quickest and most effective ways to help my clients to achieve their goals to speak English clearly and accelerate their careers.

When it comes to accent reduction or accent modification, much of the research demonstrating its effectiveness has historically come from English-as-a-second-language classrooms. This is in contrast to the typical clients seen by Speech Pathologists, who are generally highly proficient in English and almost exclusively seen individually or in small groups.

In addition to evidence from the field of teaching, more and more research is emerging from Speech Language Pathologists showing that accent reduction classes can be effective for individuals from a range of language backgrounds who want to learn English pronunciation to improve their fluency and ‘comprehensibility’ or ease with which listeners understand their speech.

When it comes to accent reduction the research shows improvements can be made to the accuracy and comprehensibility of people with an accent. We ALL have an accent and therefore rather than ‘reducing’ or helping people ‘lose’ their accents Speech Pathologists help to train people to ‘add’ a new accent to use when speaking English to enhance their ability to get their message across.

Of course individual factors influence the success of accent reduction, these can include:

Researchers have demonstrated that accent reduction classes can be effective; see below a summary of some of the findings from research to date:

Franklin et. al. (2016) demonstrated in their study an improvement in the pronunciation of vowels as measured by native speakers following 16, 45 minute sessions targeting 6-8 vowels each time.

Anderson-Hseieh (1990) documented significant improvement in the prosody of Chinese and Korean teaching assistants after completing a semester of accent reduction classes focusing on English intonation exercises to target the correct use of prosody (word stress, rhythm and intonation).

Linebaugh and Roche (2013) found that after delivering pronunciation training using contrasting word pairs (minimal pairs) the participants ability to hear the difference between the words improved.

Behrman’s research conducted in 2014 found training in both prosody and pronunciation of consonants, improved the accuracy of their participants English pronunciation. They also found listeners rated the Hindi speakers accents as easier to understand and that these improvements were maintained over the short term.

In 2017 Behrman also demonstrated changes in the degree of ‘accentedness’ and ease of understanding of Spanish speakers who undertook intensive training twice a week for 5 weeks.

A metanalysis of 75 pronunciation studies conducted by Thomson and Derwing (2015) concluded that ‘explicit instruction of phonological forms can have a significant impact, likely because it orients learners’ attention to phonetic information, which promotes learning in a way that naturalistic input does not.’

Derwing and Rossiter (2003) examined the results of students who received three different types of English pronunciation training (phoneme, prosody and no instruction). Results indicate that both groups receiving phoneme and prosody instruction were easier to understand by the conclusion of the semester however the students who received the phoneme instruction targeting specific consonants and vowels were perceived as having less ‘accentedness’ than the others.

Fritz and Sikorski in (2013) found an overall improvement in the intelligibility (their ability to produce clear speech) and confidence scores achieved by the 167 Korean-speaking participants in their study. Participants who improved the most were those who had the best comprehension of English and ability to hear differences in production (auditory discrimination).

In (2016) Brady and colleagues found improvements in the production of vowel sounds targeted in training, compared to those, which were not explicitly taught.

Khurana et. Al. (2013) investigated the efficacy of accent modification for international Medical graduates (overseas trained doctors) and international medical researchers. Training focused on the pronunciation of phonemes and prosody. The results showed that training was highly effective in improving participant’s ability to pronounce words, syllable stress and use of facial expression and body language.

Lee et. Al. (2013) showed Korean speakers were able to improve the accuracy of their pronunciation of English after receiving 60 minutes of weekly training for 8 weeks using either word contrasts (minimal pairs) or phoneme instruction.

Saito (2011) demonstrated that Japanese learners were able to greatly improve their intelligibility (how well native speakers could understand them) through instruction to modify their pronunciation of phonemes.

In 2013 Mckee reviewed several studies before reiterating the importance of providing training with a focus on prosodic elements such as intonation rather than just individual phonemes such as consonants and vowels.

Brady, K., Duewer, N & King, A. (2016). The effectiveness of a multimodal vowel-targeted intervention in accent modification. Contemporary Issues in Communication Sciences and Disorders, 43, 23-34.

Ojakangas, C. (2013). Viewpoint: What brain research can tell us about accent modification. SIG 14 Perspectives on Communication Disorders and Sciences in Culturally and Linguistically Diverse (CLD) Populations, 20, 101-108.

Word stress - how to get it right

Silent Letters: You can't speak clearly without them!

Top Tip No. 4 to be understood easily- Keep a list